On December 6, Groupama announced its arrival in the world of professional cycling by becoming a joint partner of the Groupama-FDJ team, managed by Marc Madiot. Bringing together two highly-renowned French corporations, an unprecedented move in professional cycling, it provides a remarkable opportunity to create a French team that can compete at the very highest level. 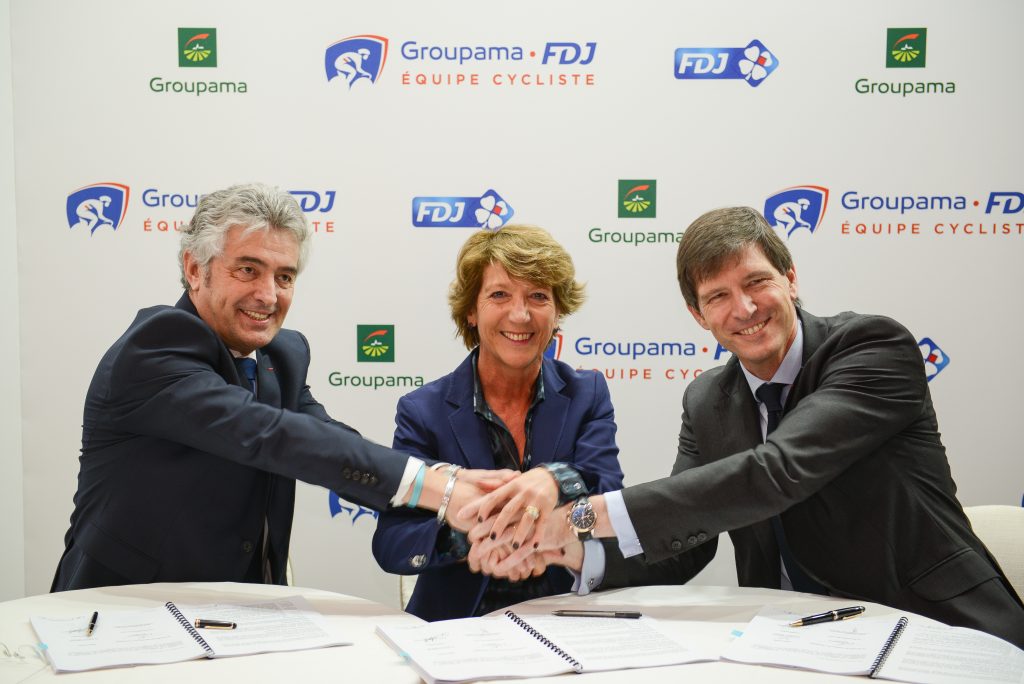 Driven by a desire to win that is shared by both its partners, the team’s first appearance came on March 4 in the Paris-Nice race. It was an ideal moment to inspire the French public who, year after year, still consider cycling to be the nation’s favorite sports activity. A sport for ordinary people, accessible to everyone, cycling also shares Groupama’s values as a mutual organization: being close to people, rooted in a local area, yet also committed to modernity and innovation.

“As a major player in French sport, the decision by Groupama to join forces with FDJ, our sponsor since the very beginning, is excellent news for cycling and for our team. The team will be stronger and more competitive from tomorrow in races in France, in the classics and in the major tours”, declared Marc Madiot.

Groupama, Marc Madiot and FDJ share the same ambition of becoming the No.1 cycling team in France, capable of fighting for victory in every race. Based on its two leading figures – climbing specialist Thibaut Pinot and sprinter Arnaud Démare – along with the promising talent of young David Gaudu, the team has already signed several new riders. The cycling team Groupama-FDJ will be further strengthened with a view to the 2019 season.

Staying true to its belief in making long-term commitments, as shown by its involvement in sailing, Groupama fully supports Marc Madiot’s policy of talent-spotting and hiring the country’s best young riders – a policy that has turned many promising youngsters into top-level professionals. As a result, a reserve team will be created in 2019.

At the same time, Groupama will also contribute to the work already carried out to make the team a driving force in the fight against doping. The Group is a member of the Mouvement pour un cyclisme crédible (MPCC), an association of teams that promotes ‘clean’ cycling.With the 2018 season underway, the cycling team Groupama-FDJ is already racing and heading for a unique adventure.

News of the Group

The Groupama Group announces the closing of the acquisition, by its Hungarian subsidiary, Groupama Biztosító, of the Croatian insurance company OTP Osiguranje, subsidiary of OTP Bank Plc